​​​​​​​
Featured in FIT Portfolio on Behance 9/26/2017
Ever since I started learning CAD there has been a never ending project of a pair of spiral earrings with a briolette at the end, a design in my head since I was a teenager originally in response to my ears being stretched and not being allowed to wear my spike earrings on "nice" occasions. (Teenage Emily described in one sentence.) There were constant attempts to make them but the curve at the top that would lead to the drop could never be smooth and fluid enough to hang on the ear properly. Wire couldn't capture the exact curvature. As my skills and technology improved I tried again.
Many iterations, modifications, rejection emails, tears, and prototypes later they were finished Summer 2016. The main challenges were being structurally sound with valid geometry, the curve having a smooth gradual transition in thickness, and the drop hanging at the front of the earlobe comfortably--all while being thick enough to be printed and cast and aesthetically pleasing.
Social media was used to document the evolution of the earrings and my thoughts on them. Although prototypes and iterations are often posted on social media this was the first time it was used to show the entire production process regardless of the flaws along with the creative process. Adobe doesn't allow Instagram to be embedded so the photos of the earrings worn are at the bottom in order.
Programs used: Rhino 5, Meshmixer
The stone is from a 3DM file of scanned stones found years ago.
Iterations: Nylon via Shapeways. Iteration one had a resin version that was partly to test out the B9 resin printer at work.
Final: Printed and cast in bronze via Shapeways
Size: The model is 1.8 at the thickest point and tapered to a pointed 1mm. When printed, cast, and polished the thickest point is roughly 1.3
There are two versions, each with a different size "stone." That is the only variation.
Currently pairs in metal are available only through Shapeways. The pair does not have a right and left piece, both earrings are identical. This is because the current orientation is able to be printed and I do not want to take a chance with anything else at this time. They are too thin for other production houses to print and cast.
Iteration One was mostly a proof of concept. Countless Shapeways rejection emails were sent because it was too thin. The spiral was close to perfect and the drop was the right length. The stone and cup needed to be larger and the drop blended more into the spiral. The look of a cup or claw pegged setting was desired. Here the left is the front of the earring and the right is the back. ​​​​​​​

Iteration two was close but not quite right. I continued to refine the curve and played with the position of the drop. Another idea for the setting/stone was used and I didn't like it. The drop was oriented differently as well.

Iteration Three and Four were the same but Four had the stone scaled a little bit larger. The main change was the setting. The previous setting was edited a bit and then copied and rotated. They became the final pieces.
Three is on the left and Four is on the right. ​​​​​​​​​​​​​​

Since the only difference is the size of the stone having countless detailed images for both designs isn't needed. They are split by design but meant to convey the same piece from different angles.
Iteration Three, Smaller Stone, Final:

In the hopeful future the design will be refined enough to be suitable for local production with the goal of a limited run with the wire one metal and the stone another, along with a pair that has actual briolettes.
The Instagram photos of the earrings being worn in order. 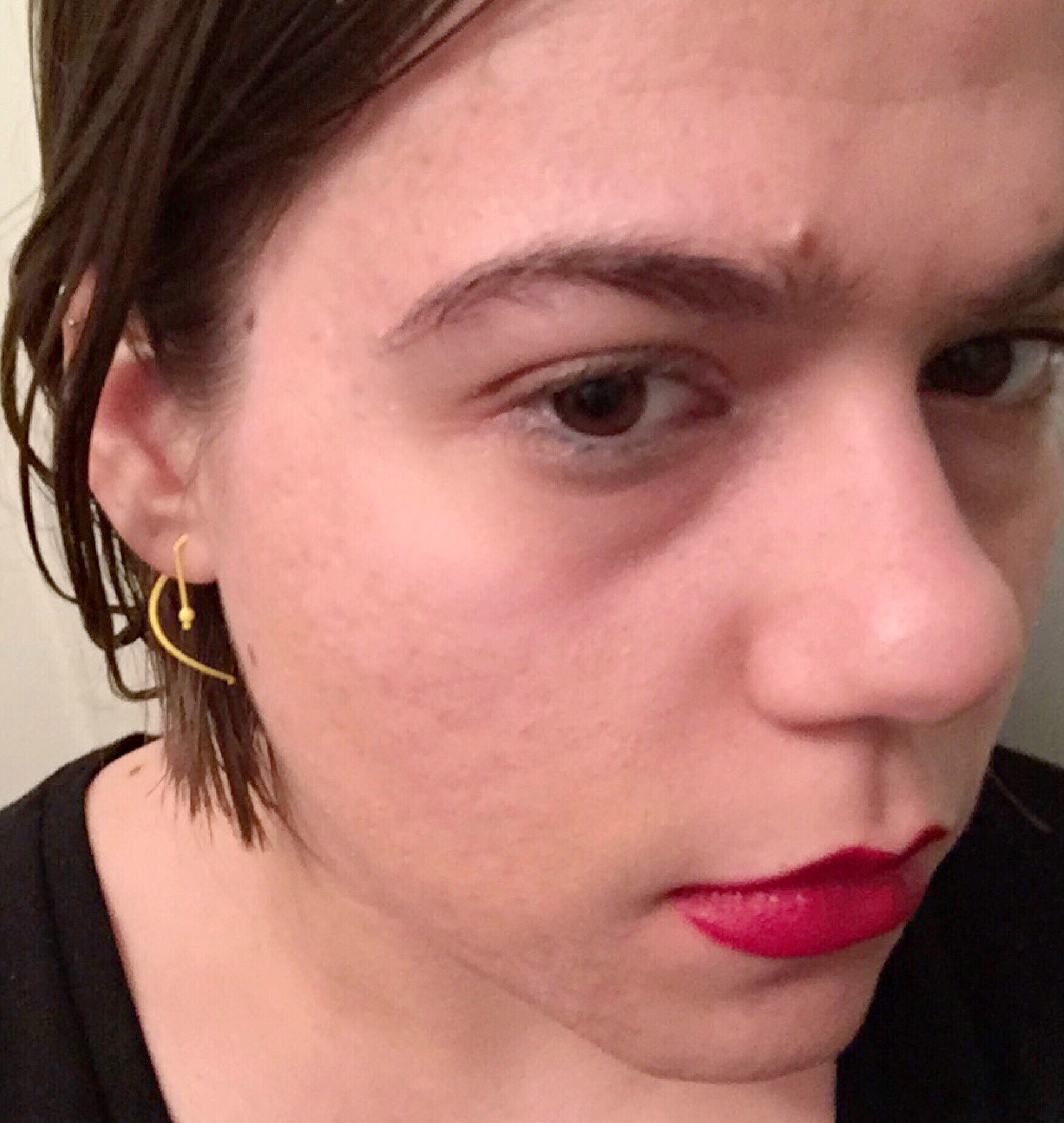 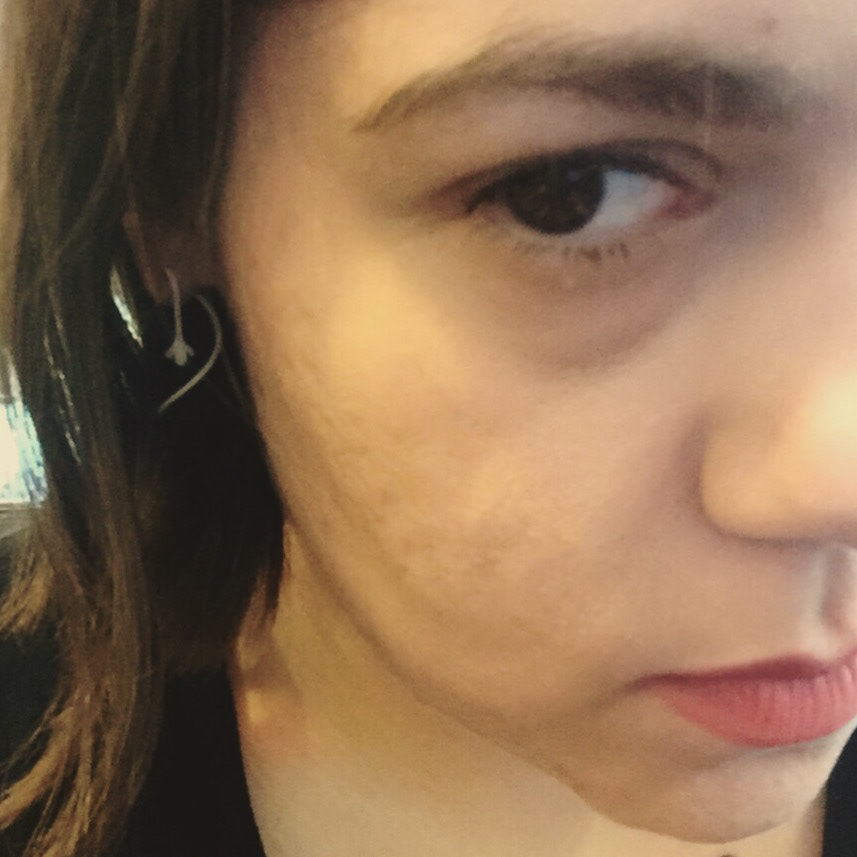 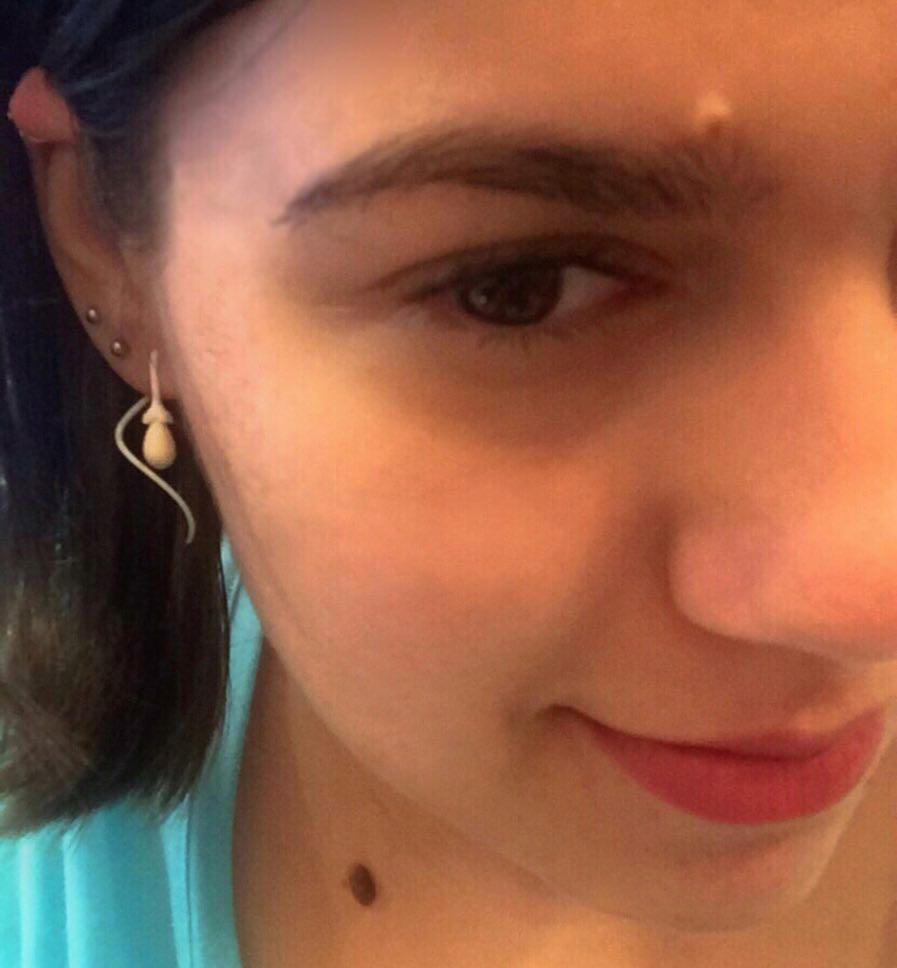 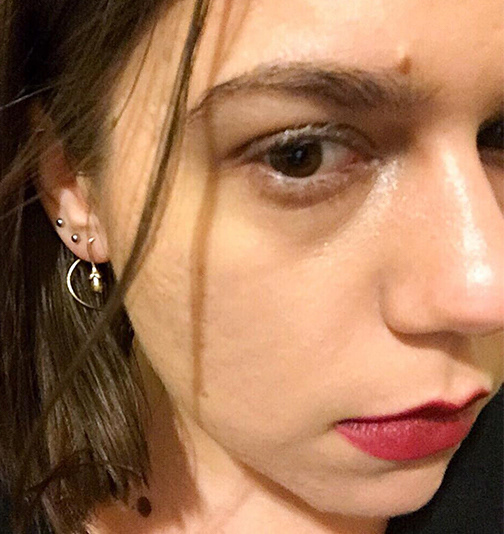 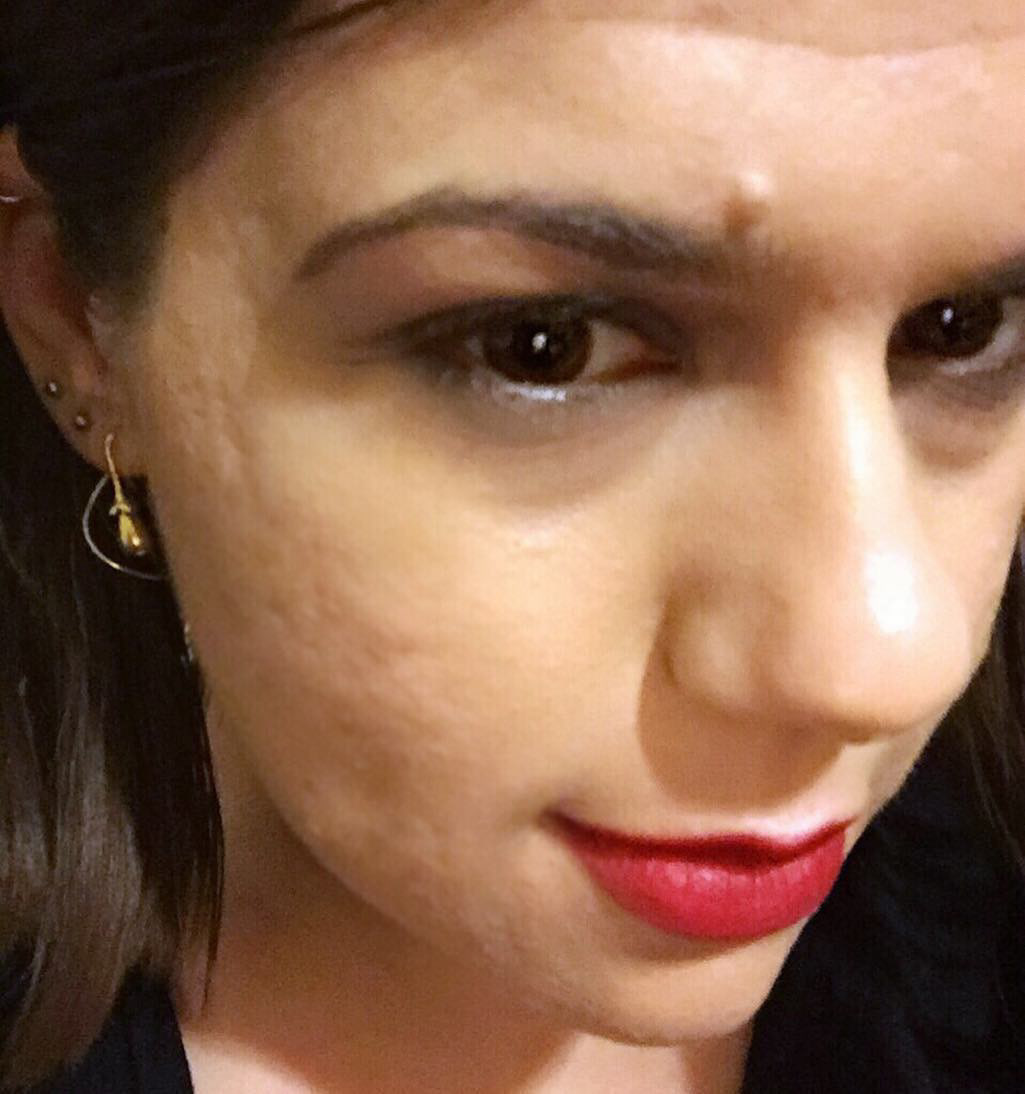